Beltane Beer Festival Mayday! Robb Johnson and Attila the Stockbroker – plus DJ Sonny throughout the day till late

Robb Jenner Johnson is a British musician and songwriter, who has been called “one of the last genuinely political songwriters”, and is known for his mix of political satire and wit. He has his own record label, Irregular Records, and has released more than 40 albums since 1985, either solo or in several collaborations.

John Baine, better known by his stage name Attila the Stockbroker, is an English punk poet, multi instrumentalist musician and songwriter. He performs solo and as the leader of the band Barnstormer 1649, who combine early music and punk. He has performed over 3,800 concerts, published eight books of poems, an autobiography and in 2021 his Collected Works spanning 40 years. He has released over forty recordings.

DJ Sonny has been playing records for people in bars, clubs, kitchens and festivals for over 25 years, originating as Dubabuse in Liverpool’s Zanzibar Club. Dubabuse was Liverpool’s first regular dub-reggae club event and featured artists as diverse as Mr Scruff, Zion Train and Mad Professor every two weeks. Bringing us up to date: after 5 years in Poland running four different music projects he is back in the U.K. 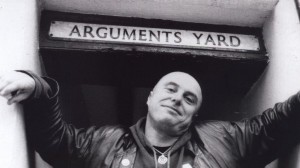 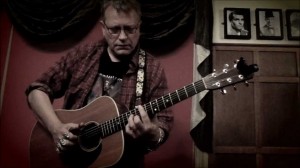