Smiley & the Underclass – My Pet Shark

Smiley and The Underclass emerged two years ago from the melting pot of West London’s Ladbroke Grove as the
sound of 21st Century multicultural London.

Echoing the rebellious call to arms of The Clash and Dylan, infused with the bass-heavy vibrations of Jamaican sound system culture, Smiley sings the revolution blues with a burning fire largely missing from today’s music scene.

Heavyweight horns punktuate the skank of urgent guitars driven by relentless rhythms that are guaranteed to put holes in your shoes.

As catchy as Arctic Monkeys but South of the border, as young and endearing as Jake Bugg but unadulterated by pop and as cool as King Krule but with a rootikal injection; The Underclass bridge the divide once more between rock and reggae with a flavour of their own, potent enough to awaken all punk rockers and roots rebels in this modern era.

Pioneers of the ‘shark funk’ scene, My Pet Shark define what it means to make the perfect cup of tea.
Forged from the ashes of a sharknado, they bring a mixture of Chili Pepper inspired funk rock and a Rage Against the Machine style eye upon social injustice. Revealing answers about Robert Smith’s Tie and raising questions about a certain golden-haired chump with tiny hands and an overactive twitter account.
Expect noise, funk and marine based craziness! Funk It! 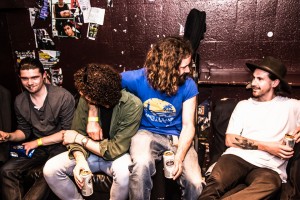