Barnstormer – Warm Up gig – May the Fourth be with You 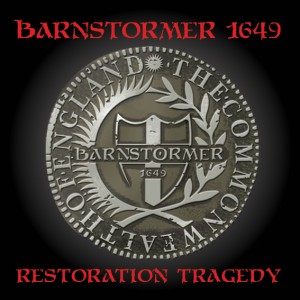 Attila has always loved early music and plays a lot of the instruments � crumhorn, cornemuse, shawm, bombarde and five different recorders as well as violin, viola, mandola and mandocello. A lifelong socialist and activist, he has always been fascinated by the radical movements which exploded at the end of the English Civil War and the execution of Charles 1 – radicals who can be described as the first English socialists. And his songs are inspired both musically and lyrically by the events of that tumultuous time. So instruments and ideas fit together: they are from the same period.
The songs are mostly based around the time at the end of the war, after the King was beheaded and, in the words of a ballad of the time, the world turned upside down. Previously marginal ideas of social justice and equality spread across the land. Barnstormer�s songs are about the Diggers, the Levellers, the Ranters and their leader Abiezer Coppe, the radical factions of the New Model Army and their confrontation with Cromwell�s grandees. There is an epic piece about the narrow escape of Charles 11 after the Battle of Worcester in 1651 in a coal boat which sailed from the end of Attila�s road in Shoreham Port near Brighton.