In addition to our varied weekend line up, The Welly hosts a number of fixed and rotating monthly events, including an open mic, sea shanty singing with The Wellington Wailers and a Folk night with The Rude Mechanicals & every other Saturday we stage a jazz session. See below for more info.

Angel Warwick presents your second to least favourite niche art form!  Outspoken Words at The Welly.  Yes – every second Tuesday of the month at seven-thirty we open up 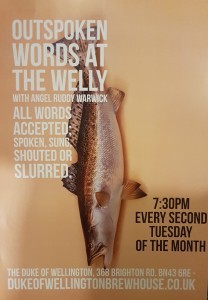 the microphone to any one with a few scribbles on a scrap of paper and a need to express themselves through speakers – that is to say, that it isn’t necessarily poetry. We also take personal stories, ranting and comedy, as well as all forms of excellent verbiage. The event will be iced with a feature piece at the end – this is anything from the aforementioned categories – expect comedy, story telling or the Matt Szul strip show. We’d be happy to have you along, so drop by and join us for an event which is more than amused with it’s own wordplay. 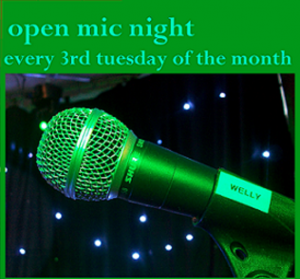 Hosted by guitarist and singer-songwriter Matt Szul, our Open Mic evening encourages musicians of all styles and abilities to perform in a relaxed and supportive environment. Whether trying out original material or performing traditional and popular classics, Open Mic @ the Duke is an ideal platform to develop music skills and for sharing performance space with fellow musicians. Check in with Matt on your arrival to request a slot. An eclectic mix of music guaranteed! 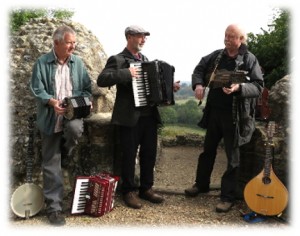 The Rude Mechanicals are a Sussex-based multi-instrumental trio (occasionally augmented by musical pals to form larger bands) playing a very wide variety of music. Their material is mostly from the English, European and American folk heritage but often spans other musical traditions. Come down every other Wednesday from 7:30pm for an informal and somewhat unpredictable acoustic evening with a wide range of instruments and material, occasionally augmented by musical pals for even more variety. 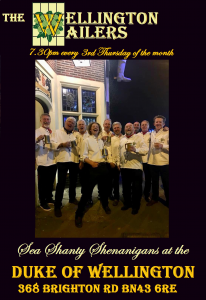 Captain Mike Green leads the sixteen strong Sea Shanty Crew, in work shanties, songs of the sea and tales of ‘Derring do’ upon the historic oceans. They have developed a well-deserved reputation for singing rousing harmonious songs and have become regulars at many Sussex venues, the International Sea Shanty Festival in Falmouth and frequently appear in front of “Seasalt” clothing shops on days of celebration.

Their first cd “High Tides and Low Life” was recorded in Shoreham Lifeboat Station on the stern of the Shoreham Lifeboat “Enid Colette”. It’s been featured on the Mark Radcliffe Folk show on BBC Radio 2, and sales of the cd (and fund raising) have raised many thousands of pounds for the local RNLI. You can purchase your own copy of ’High Tides, Low Life’ from behind the bar for £10.00 which includes a £5.00 donation to the RNLI.

So, expect sing-along shanties, songs of loves and lives lost, of hard work and poor food, of women and drink, horrible voyages and safe harbours. Stirring music to enjoy sampling the many fine beers on sale at the Duke of Wellington. For more see; thewellingtonwailers.com 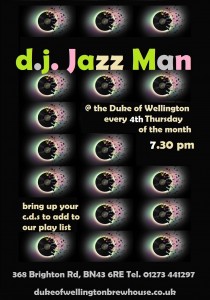 With classic tracks of the 30s & 40s big band and swing era, 50s bebop and the birth of the cool, modern jazz, 60s groove & ambient, and the global sounds of 70s fusion, there is sure to be something for every taste! 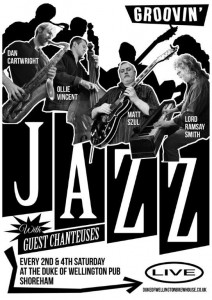 Our very popular Saturday Jazz Sessions are now to be staged twice a month, on the  second and fourth Saturdays of each month.

Starting at 4pm, the sessions provide a platform for performers to try out new and standard material.  Guests have included singers such as Michele Nardell and Zoe Lewis, with other players always being welcome to join in.

A totally free event and a perfect way to relax on a Saturday afternoon.