Emmet Scanlan & What the Good Thought

Emmet Scanlan & What the Good Thought are an Independent music act whose music veers away from the usual yet is embraced by all of those who hear it.

Over the course of the last few years the band have gone from strength to strength, in Ireland and now in London. Their 2006 self-titled debut EP put them in good stead and 2009 saw them release their first full-length record to much critical acclaim.

Emmet also provided the soundtrack to the shoot film ‘Without Words’, which has been praised by Spike Lee and viewed over 500,000 on-line. 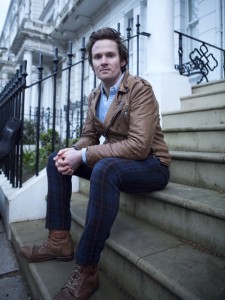 On the live circuit, the band have played numerous prestigious festivals worldwide : The Wickerman Festival (Scotland), The Electric Picnic (Ireland) and The International Folk Alliance (USA). The list of artists is diverse in style and includes Femi Kuti, Badly Drawn Boy and The Saw Doctors.

Emmet and the band are busy putting the final touches to the latest studio recording and will spend much of 2019 gigging in Ireland and the UK in the lead up to the new release!